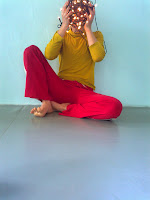 DAMA is an artistic duo by Maria Sideri and Danai Pappa involved in performance and research focusing on the human body as its primary tool. 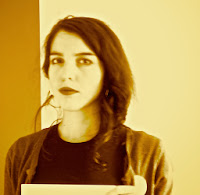 Danai Pappa is a performer/choreographer based in London. Her work is influenced by her studies in humanities and intents to evoke emotional and psychological states of mind through images, spatial relationships and movement. Her work can include dance, dance theatre and site-specific performances and has been presented in festivals and venues in the UK, Greece, Spain and Finland, while her videos has been screened in various video-dance festivals around Europe and South America. She is a founding member of Agony Art collective and the Vacuum Killers and collaborates with visual artist, contemporary musicians and the Oiseaux Bizarres Ensemble. Danai is a scorpio and studied choreography at Middlesex University London, history and museology at Aristotle University of Thessaloniki and social anthropology at University Complutense of Madrid.

Maria Sideri is a performance maker based in London. Her research is focused on movement, gesture and voice in different temporal and spatial boundaries and is greatly influenced from her anthropological studies. Her investigations rely on the body in possession or objectification as an "other" and on how through performativity its physical limits change through a process of interaction where bodies perform  actions and carry out tasks.  Maria Sideri holds a BA in literature and classical studies from the University of Ioannina in Greece and an MA in anthropology from the University of Geneva, Switzerland. She danced for the collective Marchepied based in Lausanne, for the compagnie Cie Filibert Tologo (Geveva) and collaborated with the composer Pete Ernrooth for the festival des Musiques Electroniques and the Festival de l'aube in Geneva.  Lately she has performed for Lea Anderson, Jonathan Burrows and is performing for the new comission of TIno Seghal in the Tate Modern. She is currently finishing her MA in Creative Practice in Laban Conservatory of Music and Dance (London).

2013... Throughout this winter Danai and Maria work on a series of indoors and outdoors research, which may or may not lead somewhere.

DAMA in collaboration with sonic artist Kostis Kilymis will present a new piece "Play Light Down" as part of Agony Art on the 23rd June at Chisenhale Dance Space, London. The work is based on the idea of the human body as an agent of electricity. Two dancers and one musician, all of them on stage, introduce a series of games where the physical presence undergoes transmission, generation and storage of power.